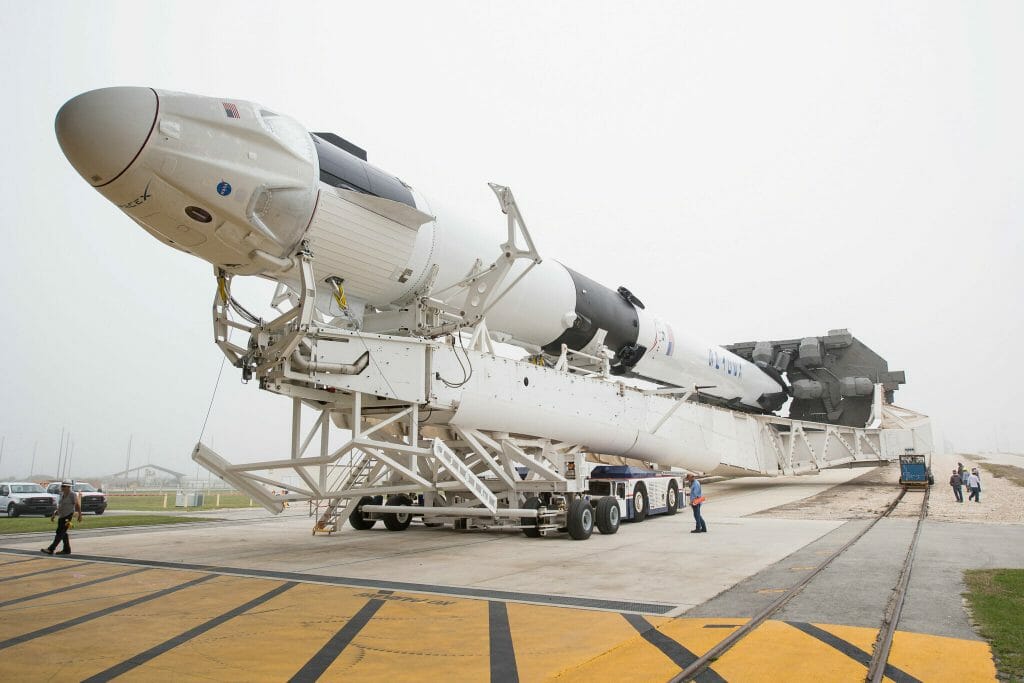 The SpaceX Crew Dragon sits on a huge Falcon 9 rocket on Pad 39A at Florida’s Kennedy Space Center. Early tomorrow morning the SpaceX Crew Dragon will blast off for the International Space Station. This is the last unmanned test flight before the Crew Dragon is cleared to carry personnel. SpaceX is the first commercial company to ever launch astronauts into orbit. Nasa’s William Gerstenmaier said, “It’s great to get that feeling again of getting ready to go flying.”

Pad 39A is a fitting launch site as it is historic dating back to the Apollo missions and has subsequently been used by the space shuttles. SpaceX hopes this is but a huge step too much bigger things. Space Angels CEO Chad Anderson stated, “This is a huge deal, SpaceX ushered in the era of entrepreneurial space. I don’t give them a little credit, I give them a lot of credit.” Nasa’s current goal with the SpaceX Crew Dragon is for American astronauts to use American spacecraft to fly from the United States-based launch sites. This would be an incredible accomplishment as this has not occurred since 2011. US space travelers have been relegated to Russian Soyuz spacecraft since the space shuttle program was scuttled. Nasa astronauts Robert Behnken and Douglas Hurley will fly the first private manned mission in July.

The SpaceX Crew Dragon Is Huge

While the rocket the SpaceX Crew Dragon sits on a 209 feet tall Falcon 9 rocket, the actual spacecraft is 27 feet long. It is capable of carrying up to 7 astronauts and several hundred pounds of cargo. The first SpaceX Crew Dragon launch, dubbed Demo 1, will dock with the space station the day after it is launched. The capsule will undock after five days and will splashdown in the Atlantic somewhere off the coast of Florida.

One of the commercial benefits SpaceX has brought to the game is that the SpaceX Crew Dragon and the booster are reusable. This is a radical departure from Nasa’s one-time expendable boosters and expensive space shuttles and is critical to SpaceX’s cost-cutting business model. SpaceX sees this costly hardware as investments versus single-use products.

The company has videos of its rockets achieving routine operations that used to be beyond imagination, such as returning from space and landing safely. These landings are more like what we imagine with an alien spacecraft versus a traditional fixed-wing style aircraft landing.

SpaceX is not without competition in commercial space flight. Boeing, has the CST-100 Starliner and plans its first unmanned test flight in April. If that first flight is successful, astronauts Eric Boe, Nicole Aunapu Mann and Christopher Ferguson will blast off in August. Ferguson is a retired space shuttle commander and will be the first commercial astronaut to fly.

Boeing has been an aerospace contractor with many NASA contracts. Contracts are awarded and Boeing has around $4.2 billion in contracts with SpaceX being awarded around $2.6 billion. Boeing’s first launches will use expendable Atlas 5 rockets which makes them much more expensive but reportedly has plans to use reusable rockets sometime in the next five years.

NASA has struggled in the last couple of decades for new goals with regard to manned space flight. The risk-taking of the cold war era competition is no longer acceptable to the general public. Space travel has seen increasing pressure in the effort of making flight safer and more efficient. However, the technology that could bring costs down has been avoided. Tried and tested and trusted technology has been preferred over newer technologies. Space shuttles were supposed to be more cost-efficient but remained incredibly expensive and exceedingly dangerous. The Challenger explosion in 1986 shut down the shuttle program for two years. Then in 2003, the Columbia tragedy ended the program entirely.

Entrepreneurial space travel and cargo-carrying opportunities have opened up because businesses like SpaceX have taken bold risks. Washington has also become more willing to award private contracts. Marcia Smith, the president of the Space and Technology Policy Group recently said, “The fact that they lowered the price is critical and they wowed people with their booster landings. They have done things that were very difficult, but they also did it efficiently and at a lower cost.”

What NASA Has In Store For The Future

What will NASA do if the cost of getting into space is no longer a major factor? The sky is no longer the limit, pun intended. We may see more satellites to study the earth, which have been heavily restricted since they are huge pieces of equipment that are typically put in high earth orbits so they can pass over the same patch of the earth every day for observation purposes. However, technology is allowing for smaller clusters of satellites. Moon exploration and even settlement is another option. There are several plans on the table to visit the moon and establish permanent bases of operation for exploration and scientific purposes. Who knows how long it will take before scientific purposes are skewed by military capabilities.

Thank The Stars For Elon Musk?

Whatever happens in the realm of private space travel or with the launch of the SpaceX Crew Dragon, we are living in exciting times. In 2009 when Elon Musk released his cost sheet for putting cargo in space that kicked off the current privateer space market place. We live in a world where Mr. Musk is seen by many as a real-life Tony Stark type personality with the goal of retiring on the moon. He even launched a Tesla into space that while it is wasteful is seen by many as a bold show of capability. While many see him as brash and sometimes irresponsible, his speculative and explorative financial ventures have brought beyond noteworthy advancements. This next decade will be interesting as we observe the direction of space travel.

Stacy is an aircraft, aeronautics and space enthusiast who learned his love for all things aircraft as a boy. He cemented this love in the Navy as an Adversary Squadron Aircraft Technician. During his time in the navy, Stacy traveled the Pacific while stationed at Cubi Point Naval Air Station Philippines. Stacy deployed to Kadena Air Base-Japan, Misawa Air Base-Japan, Iwakuni Air Base-Japan, Atsugi Naval Air Station Japan, Taegu/K2 Air Base South Korea and various other bases throughout Asia. 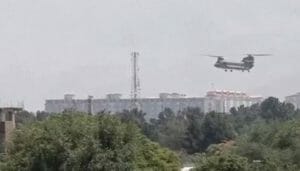 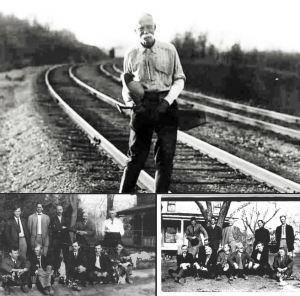